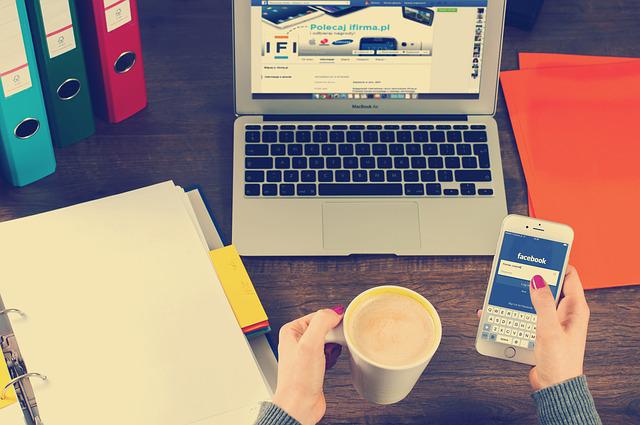 The majority of advertisers use calls to action. Indeed, these clickable buttons located at the bottom of your advertisements make it possible to suggest to Internet users to carry out a specific action according to your objectives. In the advertisement below, the call-to-action “register” refers to a landing page allowing you to attend a demo of our product on registration.
On Facebook, there are 7 different ones:
-Reserve now
-Contact us
-Use the app
-To play
-To buy
-Register
-Watch the video
However, rumors suggest that buttonless ads perform better. For example, AdEspresso found that having a button on ads cost 2.5 times more per lead. Conversely, 9Clouds conducted tests showing that a buttonless ad resulted in a 12% drop in CPC. Contradictory sources. We have therefore decided to find the answer!
Adding a CTA to a Facebook ad, a good or bad idea?
A test was carried out on advertisements, some with buttons, others without. Advertisements were thus broadcast in March, May, and June 2020.
For advertisements with a button or CTA, the “Learn more” button has been chosen.
All advertisements are linked to the Social Media Lab blog, in a separate post. Finally, for the other parameters of the advertisements, the latter was placed on the Facebook news feed, on mobile, and on desktop.
Results?
To analyze this experience, 3 KPIs were considered:
-Total clicks
-The total reach
-Cost per click (CPC)
In the end, ads without a button generated more interesting results: more clicks, a greater reach, and a lower average CPC than ads with a button.
-639 clicks vs. 586
-Reach: 48,120 vs. 42,972
-Average CPC: $1.30 vs. $1.46
However, these data do not allow us to draw a real conclusion. To determine if the test is meaningful, you must go through an A/B test impact calculator.
The major advantage of buttonless ads is that they are more natural in the user's newsfeed. Indeed, they appear as traditional posts.
When the button appears, the user is aware that it is an advertisement and may be reluctant to click on it.
Unsurprisingly, it is necessary to carry out A/B tests in order to see which advertisements perform best for you, those with a button (a CTA) or those simply with a link.
From the experiment conducted, it is interesting to focus on ads without buttons, to achieve more than usual.
There is certainly no exact science, depending on the advertising, the sector of activity... but you have to test.