Activism and social networks: a new deal for marketing 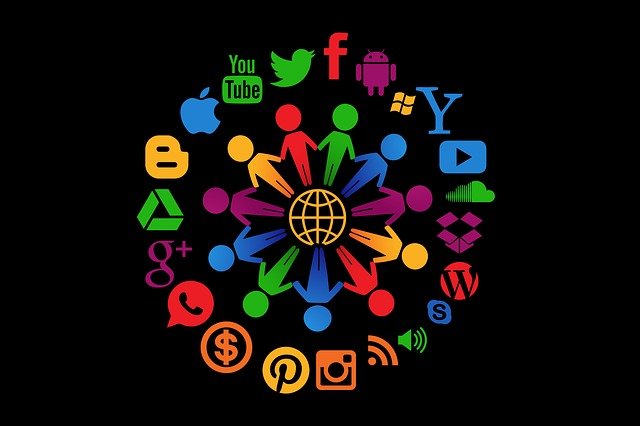 Is the world of advertising changing for good? These last few months have been the starting point for what will certainly be a long-term struggle. The fight for justice and equality has been highlighted by recent events in the United States and subsequent protests around the world.
Citizens have had enough. Whether in peaceful rallies, awareness campaigns, or political debates, many have joined the movement against racism and injustice. An important part of the device was to review the tools and techniques used to misinform and divide, with social media in the lead. Since the 2016 US presidential election, social media giants have come under pressure over the proliferation of "fake news" on their platforms. Until today, their response has always been limited to the bare minimum, with controlled public statements, rather than the adoption of an effective and decisive approach, as the public demands. Thus, from June, several major global brands have joined the "Stop Hate for Profit" movement.

A global mobilization in this "new era" of digital activism
In the United States, The North Face was the first major organization to join the campaign to boycott Facebook. It was soon joined by global brands like Diageo, Unilever, Ford, and Adidas, who announced their support and plans to "pause" all advertising on Facebook.
The boycott has also spread outside the United States, as British soft drink producer Britvic, European divisions of Volkswagen, and French state-owned EDF have also joined the movement.
During this pause, most of these brands have given themselves 30 days to reevaluate their presence on social media platforms. However, confectionery group Mars has not given a deadline for its decision to halt all advertising on social media. Towards the end of June, Unilever sounded the alarm about a "completely new era of digital activism" and confirmed that it will no longer advertise its brands on Facebook, Instagram, or Twitter in the United States. United. The CEO of the World Advertising Federation, Stephan Loerke, told the Financial Times that the advertising industry is starting to push for big changes to social media platforms and that the recent moves seem "to mark a turning point". He also speculated that the brands won't come back unless there is "structural change." It's a clear signal that companies are trying to address what consumers have been asking for some time: greater accountability.
Currently, Facebook does not view the boycott as a serious threat, but rather as a public relations issue that does not need a major response. The platform's CEO, Mark Zuckerberg, said this small revenue loss will not cause Facebook to change its policies or strategic direction. He was, however, keen to meet with major Facebook customers, including Unilever, AB InBev, and Nestlé, to try to reassure major advertisers about the company's policies and decision-making processes. Separately, Neil Potts, Facebook's head of trust and safety policy, acknowledged that the organization had a "trust deficit" that it was going to work on.

Will it create a breach?
As the list of companies joining the boycott continues to grow, it was recently revealed that Microsoft, potentially the biggest advertiser to leave Facebook, suspended its advertising on Facebook and Instagram as early as May, a few weeks before the launch of #StopHateForProfit.
P&G, for its part, took a different approach by announcing that it would not make any public statements about its activities regarding advertising platforms. However, Chief Brand Officer Marc Pritchard confirmed that some umbrella brands have begun a comprehensive review of all media channels and programs to ensure their advertisements do not end up near hateful and discriminatory content.